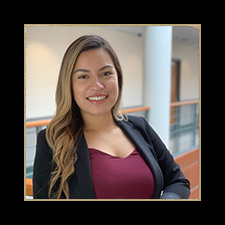 Ada Pacheco is a first generation Salvadoran-American born and raised in College Park, Maryland. She graduated from the University of Maryland with a Bachelors Degree in Criminal Justice.

Ada has a strong passion for volunteering and empowering communities. Coming from a first-generation immigrant family, Ada understands the importance of being a resource to those around her.

While at Maryland, Ada worked on various projects that targeted minority communities. She cofounded after school programs that aimed to address the achievement gap in Prince George’s County Elementary Schools. She also served teaching citizenship classes at her local High School in order to target communities that needed bilingual instructors. As a fluent Spanish speaker, she prides herself in being able to facilitate language barriers when they become present.

Ada’s experience as an immigration paralegal has also allowed her to work on various family-based immigration cases as well as work alongside asylum seekers, unaccompanied minor children and other deportable immigrants to effectively document their stories and help them obtain legal status in the United States.

In her free time, Ada enjoys volunteering in her church youth group, hiking, sightseeing and spending quality time with her family and friends. Ada hopes to continue gaining additional experience in the immigration field that will allow her to continue to serve those around her. 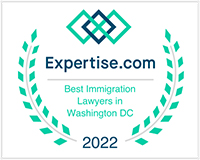